How Government Can Benefit By Using Digital Signage

Government activities are stretching in every country. There are more citizens to cater for due to the population increase that has occurred over the years. This also means that governmental administrations all over the world have a task to better communicate with everyone in the country at the same time, in case of any emergency or when there’s a need to share important information with the public. Statistics show that the percentage of people who watch TV has dropped globally. With people busy at work or walking the streets to get somewhere, how then can an administration reach out to all her citizens? Digital signage in the cloud can now assist governments to amplify any announcement, warning or information it has to convey. Either in public offices or public places, governments can now immensely benefit by using Digital signage in the cloud.

The following are ways any government in the world can benefit from using digital signage:

Governments can now release public information faster with a more effective means. While still employing other means, digital signage in the cloud will enable governments to release information to all of their citizens. In the past, citizens could only get information from the government only when they switched on their television set or from a newspaper. With digital signage in the cloud, governments now have another effective means of communicating. Governments do not have to wait for closing hours anymore, important info can now be released and those in train stations, restaurants or those walking the street would receive the info immediately by just watching a closeby digital board. 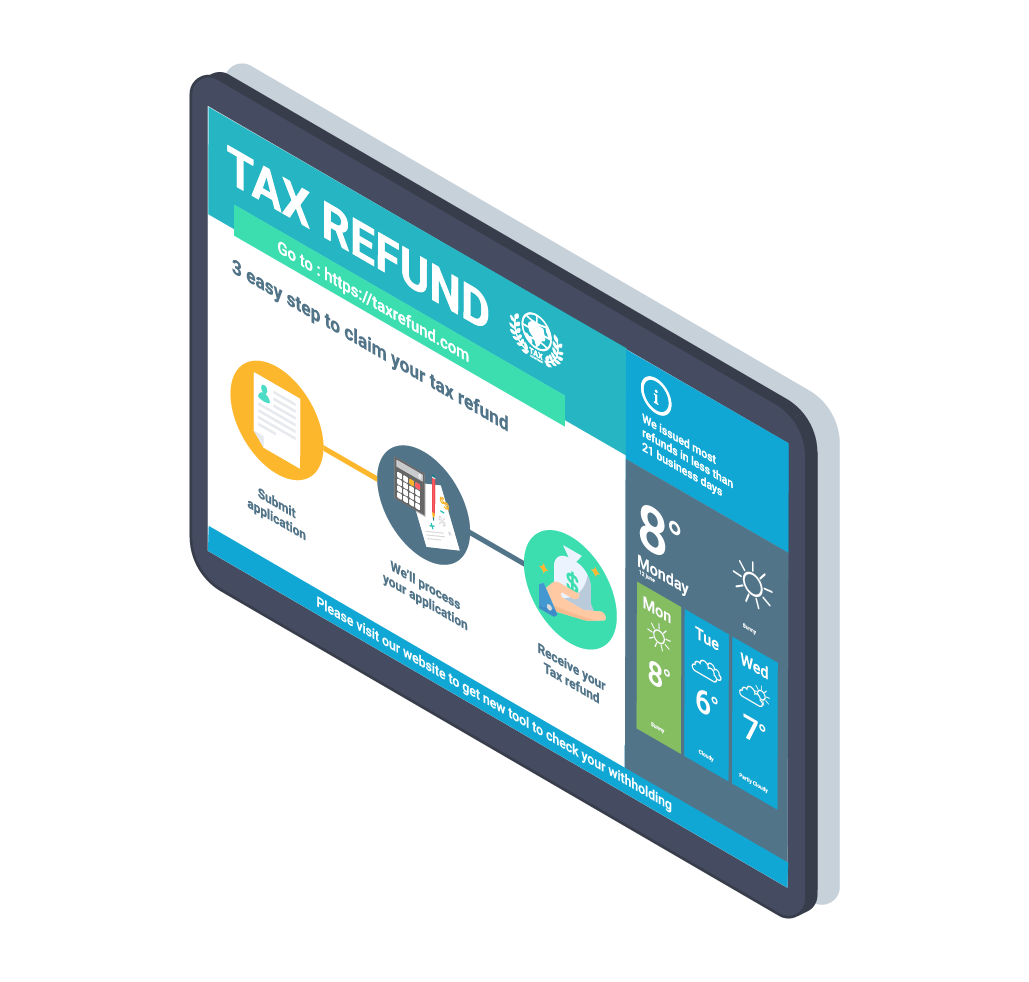 Digital signage can help the government fight crime. With the help of digital signage in the cloud, police departments can now easily and quickly apprehend criminals. Alongside displaying the photos of a criminal on a digital board, available videos can also be played. This will give those watching the screens a better description of how the fugitive looks immediately. In the case of an active manhunt, a live feed can be played on massive display boards across the area. Apart from apprehending a criminal, this will also help the citizens guide themselves if they ever come in contact with that criminal.

In the case of an emergency, digital signage in the cloud will enable the government to send a nationwide warning. An emergency may include having to warn the citizens about an incoming attack or a natural disaster. With the aid of advanced technologies, scientists can now forecast future natural disasters and use their findings to warn those within the affected area. In the case that a natural disaster is not forecasted, and the government only finds out days or hours before impact, the government can easily announce an emergency warning using digital signage in the cloud. Due to the spread and easy access to digital boards, citizens can quickly be alerted. There have been cases of people losing their lives to flood, tsunami and earthquakes just because the emergency warning which was released by the government did not get to them.

By fighting crime and releasing quick emergency warning, digital signage would help the government save the lives of its citizens.

Signup for news and special offers!

Sign up for your account below to see how cloud-based digital signage can help your business, organization or facility.